Everyone knows that first impressions count and the most common first impression that people get after seeing the 700 Rec Tec is “Now, THAT’s a grill.” A close second would be, “It deserves its nickname.”

Upon seeing the Rec Tec RT-700 in person, the first thing that will catch your eye is the design. The design elements used for its high quality build scream power, elegance, technology, and so much more. The grill itself has two main colors across its body: large portions of black paint accented with stainless steel. You’d also see how the Rec Tec 700 gets its name.

It has three prominent design elements that represent why this grill is called the Rec Tec Bull. On the grill hood is a steel medallion of a bull, the proud logo of Recteq itself. The grill hood also has two bull horn handles jutting out from the controller shelf so you can lift the hood. Lastly, there’s a steel ring attached to the grill body – a steel ring reminiscent of a bull’s nose ring.

Aside from the tough-looking grill hood and body, your eyes are drawn to other parts of the grill. To the right side of the Rec Tec 700, you can see its smoke exhaust. Just like the grill, it is mainly black with accents of stainless steel.

To the other side of the grill, you would see the controller covered in a stainless steel shroud. The dimensions of the stainless steel enclosure are big enough to conveniently hold a large platter or dish.

Behind the grill is the pellet hopper. Just like most parts of the Rec Tec 700, it s primarily black with stainless steel accents. In this case, it is dominantly black except for the pellet hopper’s lid. While the rear of the pellet hopper is flat and perpendicular to the ground, its body actually follows the round contour of the grill body. It’s a simple touch but it adds a whole lot of elegance to the entire build.

As you make your way further down the grill, you’d see the body being lifted by four sturdy black legs on transparent rollerblade wheels. The Rec Tec 700 also has a bottom rack for extra storage.

Grabbing one of the stainless steel bull horns, you can lift the grill hood to see what you’re working with. The inside boasts a spacious cooking area primarily composed of two large stainless steel cooking grates. Inside, you’d also find an interior light that would allow you to grill anytime you want. Understandably, all that smoke might get the light dirty eventually but Recteq made it so that the glass lens can be easily removed and cleaned – it’s even dishwasher safe.

The overall build of the Rec Tec 700 is made of high quality, heavy duty hardware that will give you many years of service without rust, corrosion, or failure. It’s worth mentioning that this is one of the best pellet smokers on the market and is backed by a 6 year warranty.

It’s important to know the dimensions and other important specifications before getting the RT-700 wood pellet grill. Knowing the size will then tell you how big the product is, how much meat you can put inside, and how much wood pellets you can put in.

Firstly, the length of the grill body is 36 inches. Including the measurements of the controller on the left and the smoke exhaust on the right, the entire length of the rec tec RT-700 is 56 inches. The grill stands up to 42 inches tall, 50 inches tall when the smokestack is included. From the front of the grills (the bull horns) to the back of the pellet hopper, the measurement is 32 inches. Lastly, the volume of the pellet hopper itself is about 40 pounds.

Inside the grill, the rec tec RT-700 boasts a whopping 702 square inches of cooking area that will often be more than enough for what you want to cook or how many wood pellets you want to put in. The website says that this size would comfortably fit six large racks of ribs.

Here are the premium features that you can expect from the RT-700 pellet smoker.

This PID (proportional–integral–derivative) controller is one of the pellet grilling features that really sets this 700 wood pellet grill apart from your conventional wood pellet grill. Upon closer look, the PID controller of the Rec Tec RT-700 has a satisfying dial knob, situated above two buttons: the power button and the settings button.  Immediately to the right of these, lies two ports for your meat probes: probe A and probe B. These are essential tools for monitoring temperatures of the meat you’re cooking and these are especially accurate as you can even calibrate them yourself.

Above the probe ports, there is a WiFi connectivity button that will be used later. To the right of these buttons, you’ll find a digital display that takes up about half of the space of the control panel. The main menu of the display exhibits the temperature you want the grill to cook at, the current temperature the grill is at, and the temperature readings of both probe A and B.

The PID Smart Grill Technology controller of the Rec Tec RT-700 pellet smoker is really the brains of the operation. It is essentially the reason why you can put your meat on the grill, make sure the grill has enough pellets, set the temperature, and be on your way and let the grill do all the work.

The PID controller is an industrially reliable feedback loop that will make sure the temperature inside is what you want it to be. The controller will be able to feed the grill pellets at the appropriate rate to ensure that the set temperature is achieved. It also automatically ignites and shuts down as needed by the user.

If you haven’t spotted it yet, then at the very rightmost end of the control panel, you would see a small antenna. This little module will elevate your pellet grill experience as it isn’t just any antenna; it’s a WiFi antenna. It’ll connect the grill to your home network that will then connect the Rec Tec RT-700 to the Rec Tec app.

How many grills do you know that are controllable through an app? If you answer “not a lot,” then here’s one to add to your list. Downloadable from both Google Play and the Appstore, the app allows you to connect to your grill. Pairing the app to your grill is as easy as opening the app and pressing on the WiFi connectivity button on the control panel. The app even allows you to have multiple Rec Tec grills and be able to control them all from a single app like an expert pitmaster.

There’s a lot about the RT 700 wood pellet that screams “convenience,” making it worth the price you’ll be paying for it. Aside from the smart technology built into it and the fact you can control the grill from your phone, there are other things that you will enjoy about this grill.

For one, the company is known for its emphasis on customer service. Ordering from their website or from Amazon, this grill will always be delivered right to your doorstep. It comes unassembled at first, but the assembly of the Rec Tec RT-700 is made easy and straightforward with the appropriate instructions. If you want it to be even easier, then you can head over to their website and watch the assembly tutorial in an easy tutorial video.

The company has full confidence in their product, giving the RT-700 Rec Tec a 6 year warranty and they pride themselves on excellent customer service if you need any assistance.

Let’s dive in deeper to find out more about Rec Tec, the company. Recteq, formerly known as Rec Tec Grills, underwent a complete makeover with rebranding. Not only did they change their name but they even went out and expanded their entire line. Before, the company focused on their grills – as reflected by their former name. However, Recteq flipped the script. They’re not a grill company anymore. They have rebranded into a complete lifestyle company.

Their grills will always be their focal point, but now they also offer one of the best cooking chamber accessories, grill covers, sauces, spice rubs, coolers, merch, and so much more. They now even offer classes where slots are limited and are sold out quickly. The lucky attendees get to learn how to use their pellet grills to prepare the best brisket, pork, ribs, and chicken. The classes will also cover essential topics such as meat selection, trimming, injections, seasonings, times, sauce application, and knife sharpening.

Does their expansion mean that the build quality of their grills, especially the Rec Tec RT-700, will go down? Absolutely not. They may have new products to offer, but their grills will always be the reason why Recteq is on the map in the first place.

To conclude this pellet grill review, the RT-700 Rec Tec pellet smoker is truly an investment. You would easily find other pellet grills at a lower price point but you’d have a hard time looking for one that will make your life as easy as the RT-700 rec tec. Being imbued with smart technology, many reviews rave about how easy it is to recreate their favorite dishes every single time as the technology is extremely precise. 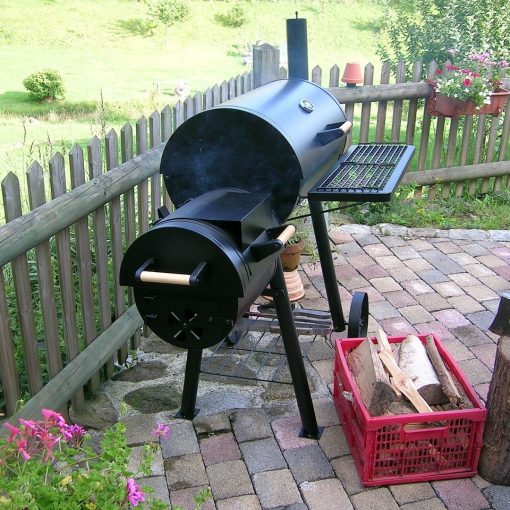 So you’re ready to start smoking meat, but you want to make sure that your ducks are in a row. Good idea. […]

There’s nothing like a burger out on the grill. There’s just something special about that smoky flavor, no matter the type of […] 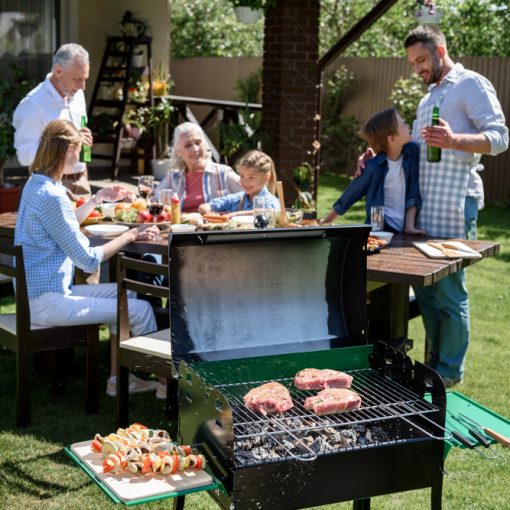 If you really enjoy grilling, then purchasing a cast iron smoker box may be the perfect upgrade to your set up. A […] 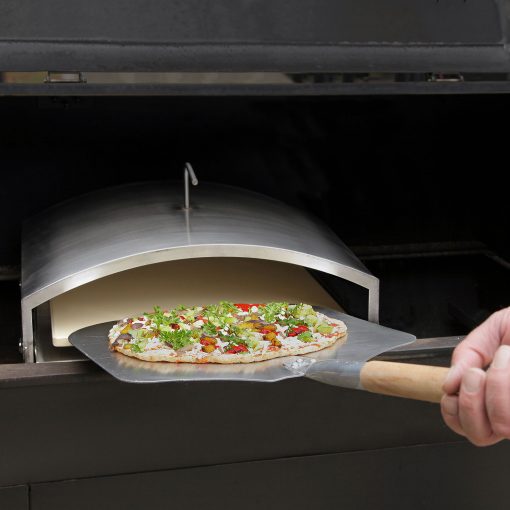 If you are a fan of wood fired pizza, you probably prefer the taste of it right out of the oven. But […]