As the grilling season comes around once again, it’s time to start thinking about what type of grill to invest in. After all, if you’re going to be spending so much time grilling and cooking on it, you should make it an investment you can rely on and are confident in.

Most people are familiar with gas grills, but there are also other types of grills available on the market such as charcoal or infrared grills. Charcoal grills are fairly classic and loved by many, but infrared grills are slowly growing in popularity.

If you’re interested in learning the differences between the more fancy infrared grills and the fairly inexpensive gas grills, read more below. We’ll discuss the similarities between the two, their differences, pros and cons, and other things you need to know before deciding.

What is an Infrared Grill?

If you go into a hardware store and ask about an infrared grill, you’ll be met with the typical sales speech: “It cooks so much faster than a gas grill!”, “You’ll never go back!”, or “It’s the next best thing!”. While this is great to know, it’s not particularly helpful in telling you what an infrared grill actually is.

Infrared grills were first invented and patented in the 1980s. They use high temperatures to cook your meat faster than traditional grills and bring out the delicious, natural flavor. Using radiant energy instead of air to cook meat, infrared grills won’t dry out your meat and are commonly used in steakhouses.

Unlike traditional grills that tend to use open flame to cook meat, the radiant energy that is used in these grills helps bring out the flavor. The heat tends to be much higher so you will tend to cook with the lid open. This is great if you enjoy watching your meat cook and keeps it from drying out more than using a traditional gas grill with the lid closed.

Infrared grills evenly distribute heat throughout a hot plate to prevent hot spots. Because they don’t rely on hot air that circulates around the closed gas grill lid, food cooks faster and retains over 30% of the meat’s natural juice.

What is a Gas Grill?

In a nutshell, a conventional gas grill is powered by gas to help you cook food. Often, you’ll find that gas grills are hooked up to a liquid propane gas tank or your home’s gas line.

Some benefits of gas grills include that the fact that it takes only a short while for the gas flame to heat up so you can start cooking. When you’re done with cooking, all you have to do is shut off the gas. There’s no need to spend time waiting for the hot coals to cool down before spending time to clean up.

Overall, the grills aren’t all that similar. This is why the decision between an infrared grill and a gas grill can seem like a big one.

They both use gas for fuel, but this can be either propane or natural gas, depending on the brand. Some infrared grills can also use electricity though, so even this isn’t completely similar with gas grill.

Due to the lack of similarities between the two grills access, you can be certain they have many differences. Here, we’ll go through a thorough list of the differences side by side.

The lower temperatures of a gas grill are definitely sufficient for cooking steak or other types of meat. The grills are used by households all over so they’re clearly not incapable. However, if you plan on cooking lots of steak all at once, the higher temperatures of an infrared grill may benefit you more.

The heating plate on an infrared grill is typically closer to the grilling surface than that of a gas grill. This allows the heat to be better concentrated and cook meat faster. Gas grills, on the other hand, tend to be hottest at both the base of the burner and the top of the lid, so not where the meat is placed.

As mentioned above, both gas grills and infrared grills use gas of some sort as fuel. Whether this is propane or natural gas, it depends on the grill. Some infrared grills have the ability to use electricity for energy too, so be sure to check the source for your grill before purchasing it.

While it takes the average gas grill between 15 and 20 minutes to heat up, an infrared grill can be fully heated in 2 to 5 minutes. This is loads faster than traditional grills and a huge advantage that the infrared grill has. When you’re first getting used to an infrared grill, it’s possible that you may burn some meat, but after a few tries you’ll be good to go.

Infrared grills use radiant heat to cook meat. Typically, there is a ceramic or metal plate that is heated that has small holes to allow the heat to focus. It works very similar to microwaves but instead of heating from the inside out, it converts the energy to surface heat and sears your meat perfectly.

Not only do infrared grills heat up faster, they also distribute the heat in a more even manner. The meat is not directly exposed to the burner which allows for fewer heat inconsistencies and less flare ups.

You’ll find that you’ll actually have more control and fewer incidents than you would typically have when using a gas grill.

Gas grills tend to do pretty well at fuel efficiency, but compared to infrared grills, they use a ton. Infrared grills will use much less gas as the heat produced is restrained in the grilling plate instead of transferred to an open flame. For this reason, they don’t need to use as much gas to create those higher temperatures than gas grills do.

With an infrared grill, it is also completely possible to cook with the lid open. The heat is stored in the grilling plate and the grill itself won’t have to reheat every time you open and close the lid, making it much more energy and heat efficient.

It’s very common for infrared grills to use one third or less of the amount of gas. With a grill that is so efficient, you’ll save money in the long run. Especially if you do lots of grilling during the season or find yourself standing over the grill for long periods of time.

What you spend on the initial grill purchase, you’ll make up for by not having to buy so much gas.

Grills give meat a special taste that can’t be replicated by putting it in the oven and cooking it for just as long. Part of the reason you may choose to grill your meat is specifically for the taste and as such, it’s important that the grill you choose leaves your meat with a delicious flavor instead of something a little strange.

Infrared grills or infrared cooking have something about gas grills that you can’t replicate. While gas grills give a delicious flavor to your meat, they can also dry it out if you aren’t experienced enough to know how to avoid this.

Infrared cooking, on the other hand, will give your meat that perfectly seared, delectable taste without pulling out the natural juices from your meat.

The natural flavors of your meat are protected and brought to life with infrared grills. The meat itself retains almost 35% of its natural juices and doesn’t dry out even with the high temperatures. Since meat is cooked on a ceramic heating plate, the juices are trapped inside the meat.

Where conventional gas grills have more flare ups and can leave your meat tasting dry, infrared grills are less prone to flare ups and will bring out the natural flavors in your meat and enhance the juices.

While infrared grills sound great and seem like the perfect investment, they aren’t cheap. The average infrared grill will cost more than 10% more than an average conventional gas grill. The bigger the grill or the more added features, the price will only go up.

The gas grill will be more affordable and have a lower price which is one of the reasons many people still choose it over an infrared grill. If you are able to spend a bit extra up front though, the infrared grill will likely save you money overall by using less fuel and cooking your meat better. It is definitely one of those bigger investments, but it’s worth it.

Infrared grills definitely have their advantages over conventional gas grills. While they have an initial price that is higher, they will tend to save you money, frustration, and time in the future which is one of many reasons they are a great investment. 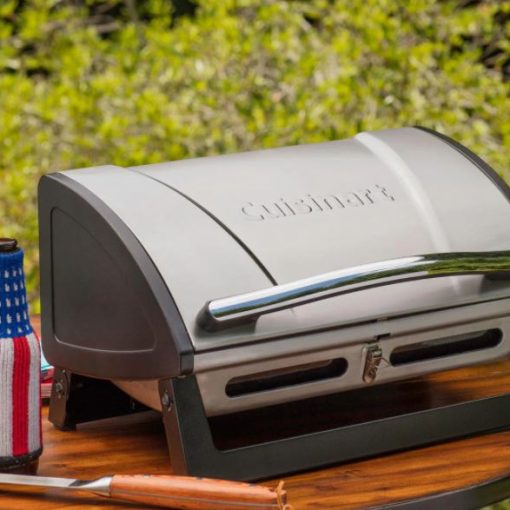 If there’s one thing better than taking your boat out on a beautiful sunny day, it’s having a barbecue out on the […] 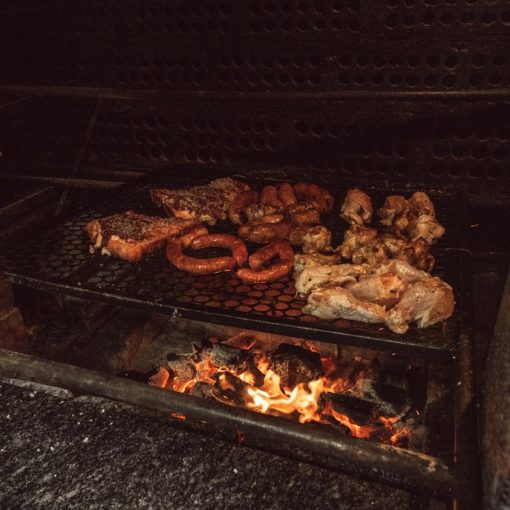 No two outdoor activities are better combined than grilling and boating – it’s a fantasy to the senses. Imagine feeling the warmth […] 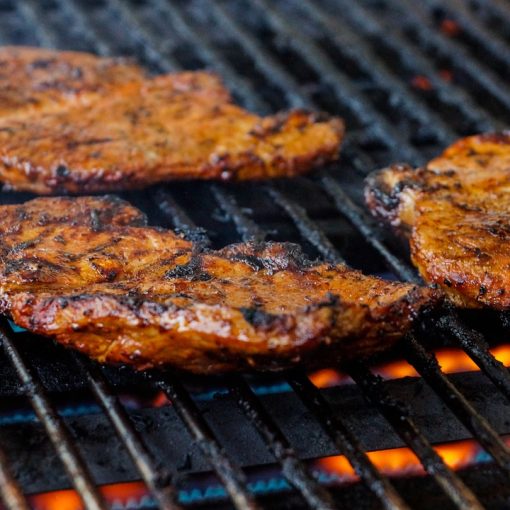 Are you among those who fancy a barbeque while relaxing in your backyard over the weekend? If so, then it is highly […]